10 Piece Nate Bentley band shows how it is done in Redcliffe!

Artist :- Nate Bentley and his Band Of Rogues

This was Nate Bentleys’ second outing on the Peninsula in 4 months, and truly impressed a crowd of around 250.

Playing his album “North of the Border” and accompanied by a 9 piece band, including the wonderful Lani and Debbie on back up vocals, the Bramble Bay club hasn’t seen this sort of show for years. You don’t get to see this many pro musicians on stage often…and they rocked it.

Michelle F eagerly told Beam Entertainment “ We don’t get to see this sort of thing at the club very often. It looked so professional, and all the musos and the singer were amazing. We danced all night!”

Beam Entertainment found Emma C on the dance floor .. “We love this country rock …we are back for the next one”

Starting with the title track North of the Border, Nate and his band immediately got the attention of the regulars and supporters alike. The dance floor was already pumping when they followed up with their hit song Television Lies. Creek Water, Mississippi Minute, I Could Have Been Someone, and many more...through over 2 hours, Nate and his band took the people on a journey through what is a memorable first Australian album.

Band Manager Gary Gibson about the show....”We didnt know what the audience reaction would be to Nates’ music at this venue, but we are over the moon with their response. The dance floor was full, and we’ll back here again soon. Goes to show that great original music played right can entertain anywhere”

Gary said that the band will be touring soon, once the restrictions ease across the region. “We already have interest in Nate and his band from the US, but we’ll stay close to home for the next 6 months”

Nate Bentley was also pleased with the night..”Great to loosen the cobwebs after a few months in the studio. We loved it!  So good to see a great crowd having fun with our music.”

The eagerly anticipated Nate Bentley second album is due in the second half of 2022. Bring it on! 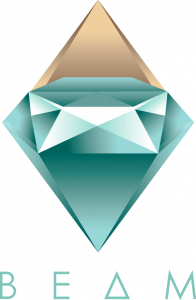